Reactjs V/s Vuejs - Check out the ultimate comparison and choose the right one! 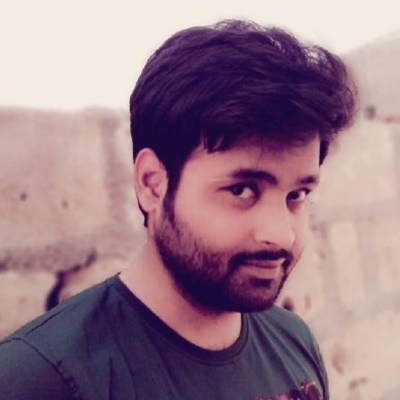 Javascript has dominated the web development arena all alone by making rational use of its various technologies.

React and Vue are two of the most popular Javascript, and they're utilized to make countless web projects a reality every day.

So, which one should you choose for your upcoming web development project?

Every web development project begins with the same perplexing question: which platform is suitable for our project?

We can't offer you a precise answer, but we can help you narrow down your options.

There are numerous solutions available, however, we as a leading React JS development company and Vue.js - will compare this best-in-class framework. So, let's get started and identify the best option for your organization.

ReactJS is a Javascript framework that may be used to create mobile applications with reactive user interface design. Users can create replaceable bespoke modules with React, allowing for a quick development phase. Furthermore, the ability to swiftly load a website makes it one of the greatest platforms to deal with.

According to a Stack Overflow poll, 68.9% of the 57,378 participants wanted to keep operating with ReactJS even after three years.

Over 1000K websites with around 80K unique domains build on this robust platform. React Native is a prominent framework that was created and is supported by Facebook.

A bit about Vuejs as well!

Vue is a best-in-class Javascript library created by Evan You that is now universally acknowledged as being one of the best solutions for creating attractive web user interfaces and single-page applications (SPAs).

Vue is a popular JavaScript platform that is both flexible and groundbreaking. It enables progressive UI development by allowing modifications to an app's programming without disrupting important functionalities.

VueJS is used by companies such as BuzzFeed, GitLab, Grammarly, and Nintendo. And you can partner with a leading Vuejs development company to build such scalable apps.

What is the difference between ReactJS and VueJS? Let’s Check it Out!

The center component of these two is nearly identical because they share many of the same parts. VueJS and React, for instance, both employ Lazy Loading to improve effectiveness and decrease loading speed, and both feature virtual DOMs.

Both of them operate admirably and have unique benefits –

Facebook, the biggest social networking site, is behind React. The major advantage is that Facebook has a dedicated team that works on creating and refining React on a regular basis.

The JavaScript library has gained worldwide recognition as a result of Facebook's significant engagement in React.

VueJS, unlike ReactJS, is not backed by any major corporation. However, this does not imply that it is unpopular or lacks community engagement. It's because the Vue community isn't as large as the React.js community.

Vue was created nearly 9 months after React was released. Furthermore, Vue was popular in its home nation of China in its early years and ultimately garnered a dedicated global audience.

Scalability of the framework

When opposed to VueJS, React has the upper hand due to its scalability. Because React applications only employ JavaScript, the developers of Reactjs might possibly apply common code layout methodologies for quick scaling. React's scalability is considerably improved by element renewability.

Vuejs, on the other hand, is also scalable. It is very always used in smaller apps due to its vast set of customizable capabilities. You'll have to leverage Vue's libraries and Mixin elements to get past the scaling challenges due to the sophisticated architecture.

JSX is an important component of React that takes time and effort to learn for both newcomers and experienced. JSX is a distinct approach to web application development from HTML, despite some similarities.

Because React can do so much, a web developer should be familiar with and understand other significant JavaScript libraries.

VueJS wins when it comes to the learning curve because it has a flattening learning curve. The platform for web development is simple to learn and get began with.

For a JavaScript programmer who's never dealt with React or Vue, Vue.js will be preferable over ReactJS as it is much simpler to comprehend.

The simplest building pieces of React programs are React Components. Because the React DOM ensures that they are updated effectively whenever anything updates, they are more effective than DOM elements.

The View layer is the only emphasis of the Vue.js core module. Vuejs is quite progressive, as you can enhance its capabilities with authorized and third-party modules.

You'll spend most of your time with Vue focusing on the ViewModel layer, ensuring that the application data is handled in such a way that the platform can generate an up-to-date View.

Which is more popular: React or Vue? Wrapping up!

As we can see from our thorough analysis, deciding which is the superior option between React and Vue is somewhat subjective.

You must select the appropriate framework based on your needs, project kind, project goals, desired features, level of skill, and so on. And we hope that our blog has assisted you in making an informed decision.

If you want to construct complicated applications that you can extend later, you should hire ReactJS services. Vue.js is an excellent choice for creating simple and lightweight apps.

Why Choose Vue.js for Developing Web Application? - Check it out here!

6 Highly Creative VueJS Templates and Themes that You Should Know About!

Top Vue.JS Best Practices that Every Developer Should Know About!

Thank you for contacting us, One of our representatives will be in touch with you.